Next-Generation Technology for a Safer World. 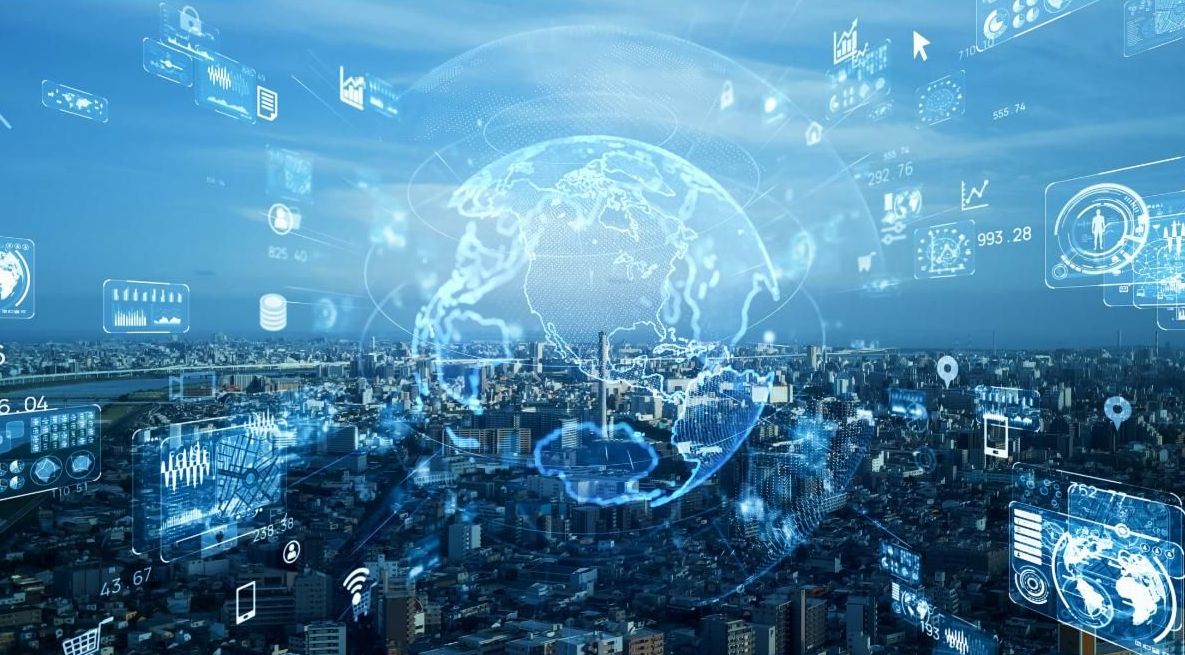 Cyber technology is where the world is now.

But what about tomorrow? What new innovations are on the horizon, and how will they change computing and our everyday life?

During the 13-minute interview, available at https://youtu.be/E2rMr4Jd1Qo, Doug touched on key innovations that, he feels, will re-shape Internet technology in the coming years, including:

Edge computing, through which data is retrieved from where it is generated, at the edge of the Internet, rather than processed through the cloud. This practice, which is becoming more widespread in business, increases both bandwidth and data processing speed. Internet of Things (or IoT) smart-device ecosystems typically reside at “the edge”, so it naturally makes sense to use edge computing technology to process IoT data at its source, rather than sending it to the cloud for processing.

“Using the cloud for IoT is like leaving home to catch a bus and going downtown to get a glass of iced tea,” Doug says. “Just going to the refrigerator to get your tea is what SYBOR Technology’s edge computing solution does for IoT. I’m sure you can see why this is a smarter approach.”

“By isolating (Internet-enabled) smart devices from the Internet and adding several layers of security to access through those devices from our platform, we have created a firewall among other cybersecurity mechanisms to keep hackers and bad actors out of your smart spaces,” Doug told Bisila.

“Government agencies employ our technology to offer better services to the public in the jurisdictions where they serve.” Doug added. “Digital services related to public transportation, public safety, utilities and more will benefit communities in a way they haven’t seen before.”

Cognitive computing, which Doug describes as “where the computer actually starts to think and make decisions like a human does and figure out how to solve problems in that way.”

But while AI has become a part of the 21st century landscape, its functionality is still limited, Doug notes. “Cognitive computing starts to get creative on its own and figures out how to solve problems, where AI needs to be trained and configured to solve specific problems.”

Quantum computing. “Imagine computers performing at the speed of light, where right now they are limited to the speed of electricity,” Doug said.

This is possible with Quantum computing, which can process exponentially more data than traditional computers and can perform calculations on an object’s state much faster for the same data. “The performance and computing capabilities will jump in magnitudes going into the future,” Doug says. “It’s really exciting to see this technology evolve.”

“That is a totally new approach and takes a different mindset to program,” Doug added. “You have to be more involved in physics and science, rather than having a computer science and programming mindset. However, the power behind Quantum computing is incredible.”

SYBOR Tech is THE Next-Gen Technology company providing the most intelligent security and surveillance automation technology available. With state-of-the-art edge computing processors and hardware accelerators, SYBOR delivers supercomputing performance in an embedded footprint without the cloud.

Our solution provides Enhanced Data Analytics and Image Analysis which helps to identify Operational Efficiencies and Strategic Revenue Initiatives, with complete interoperability between disparate smart devices, allowing them to work together effectively and all from one APP.

Founded in 2011, SYBOR is veteran-owned, based in McKinney Texas, and classified as VOSB (Veteran-owned small business) by the SBA. SYBOR Tech is the only choice to control autonomous IoT monitoring and deliver the ultimate safety and security.

“I began developing SYBOR in 2015 when my wife, Anna, wanted to remotely monitor her hair salon. I realized there weren’t any good options, so I sought to solve the problem myself…”