Next-Generation Technology for a Safer World.

Looking Back …
Technology was the world I grew up in … 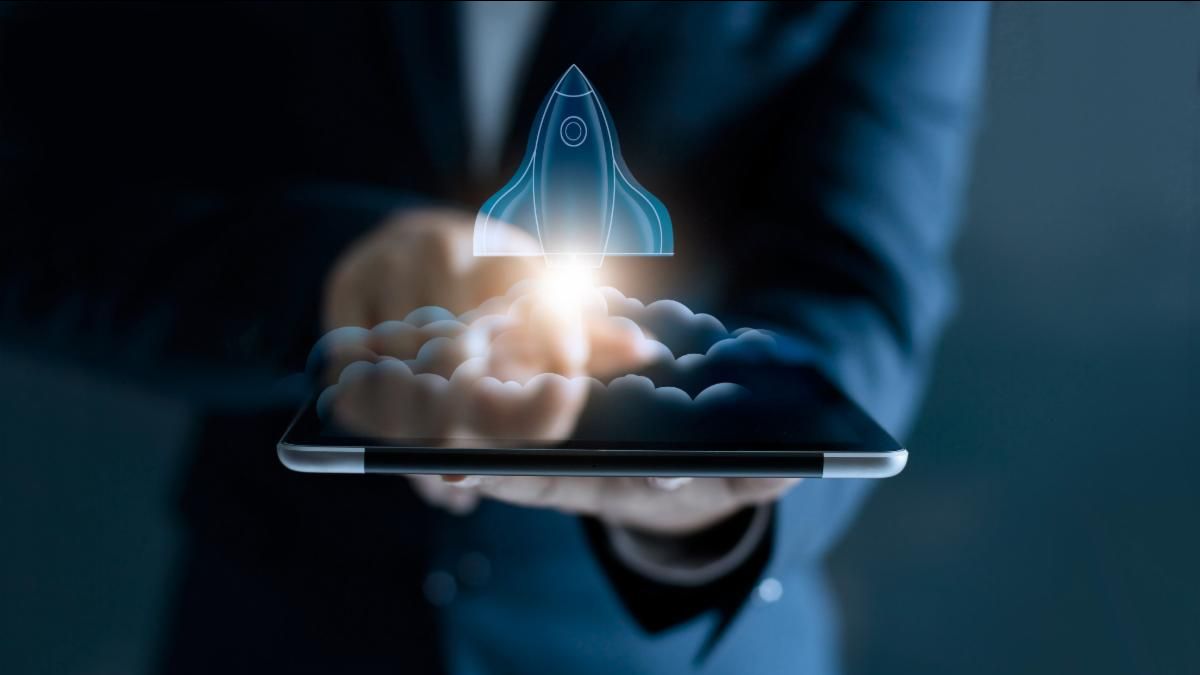 While discussing his forward-thinking cyber technology career, Doug Slattery took a look back at how that career path started.

During the interview, he explained to Bisila how watching the Apollo lunar missions as a child fueled his curiosity in technology. During that time, his family took him to Cape Canaveral, Florida, to watch one of the moon mission launches.

“To see a moon launch mission in person gave me some perspective and inspiration on what I could do with my future,” Doug told Bisila.

Doug also enjoyed technological science projects while in grade school. He credits his father, who was an electrical engineer, with encouraging him to pursue a career in technology.

Later, as a teenager, Doug saved enough money from his part-time job at the local grocery store to buy his first computer.

“Back then, computers weren’t very powerful compared to today’s computers,” Doug recalled. “There weren’t any video games, so I had to learn how to create my own. Nobody taught me how to program or what games to write, but I was able to teach myself programming since I seemed to be naturally wired for technology.”

As an adult, Doug honed his technical skills while serving in the U.S. Air Force, then used those skills in the workforce after being honorably discharged. His transition to full-time business owner began when his wife Anna, a hairstylist and salon owner, needed help managing her salon.

“As a business owner with other hair stylists working at the salon and coming and going throughout the day, she felt compelled to keep going back and forth to the salon to make sure the doors were locked, the lights were turned off, and the building was secure,” said Doug, who set out to find a remote security and automation system for the business.

“I couldn’t find an existing solution that would accomplish all that [Anna] needed, so I started to design and develop it myself, and that’s how SYBOR Technology was born.”

“It gave us peace of mind,” Doug told Bisila, “and I also realized that many other home and business owners would benefit and see the value of the technology that I had developed, as well.”

Today, as SYBOR Tech’s CEO, Doug uses a proprietary cyber technology platform to create a smart security eco-system in which many smart devices work seamlessly together and can function remotely.

Doug has constructed security eco-systems for private homes and properties, as well as for government and private-sector public buildings. Aside from reliably providing security and safety, he notes, they also promote convenience.

“Say you’re coming home in the evening after work, you might have stopped to pick up groceries or dinner. The facial recognition feature of your system detects that it’s you, the homeowner, and enables you to unlock your smart lock, turn your porch light on, and set the thermostat to a comfortable setting. You don’t have to fuss with your keys or drop them in the dark. All you have to do is open the door and go right in.”

SYBOR Tech is THE Next-Gen Technology company providing the most intelligent security and surveillance automation technology available. With state-of-the-art edge computing processors and hardware accelerators, SYBOR delivers supercomputing performance in an embedded footprint without the cloud.

Our solution provides Enhanced Data Analytics and Image Analysis which helps to identify Operational Efficiencies and Strategic Revenue Initiatives, with complete interoperability between disparate smart devices, allowing them to work together effectively and all from one APP.

Founded in 2011, SYBOR is veteran-owned, based in McKinney Texas, and classified as VOSB (Veteran-owned small business) by the SBA. SYBOR Tech is the only choice to control autonomous IoT monitoring and deliver the ultimate safety and security.

“I began developing SYBOR in 2015 when my wife, Anna, wanted to remotely monitor her hair salon. I realized there weren’t any good options, so I sought to solve the problem myself…”